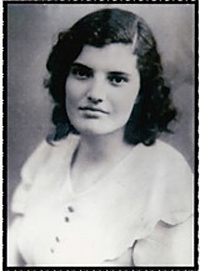 Hind Al-Husseini was born in occupied Jerusalem on April 25, 1916 to two Jerusalemite Palestinian parents. Her father died when she was only two years old, and left her mum to bring up her and her brothers on her own.

Despite the difficult conditions Hind’s mother faced, she was determined that Hind should pursue her education. Hind finished Elementary school in 1922 and she then joined the English Secondary School to become a teacher and graduated in 1937. She quit teaching in 1945 and decided to take on social work, and became the coordinator of the Women Social Cooperative Society in Jerusalem.

The establishment of the Israeli Zionist entity in 1948 resulted in around 70 massacres against the Palestinians. On April 9, 1948 a massacre carried out by the Zionist terrorist gangs the Irgun and the Haganah in Deir Yassin; a village located at the outskirts of Jerusalem, resulted in the killing  of thousands of Palestinians and displacing of others. On a cold night in April 1948, Hind Al-Husseini aged 31, whilst walking in the old city of Jerusalem, found 55 young children near a wall between the Holy Sepulchre Church and Omar Mosque who have been orphaned and survived the massacre of Deir Yassin.

Hind took the children who were all under nine years of age, and put them in two rooms in a market called ‘Souk Al-Hossor’ in the old city of Jerusalem and said ‘I swore to God that I will live with them or die with them’. However, Hind had to remove the children from the rooms she rented because the situation was getting dangerous in the old city of Jerusalem. Shortly after removing the kids, the rooms were bombed.

Just after two weeks of the massacre of Deir Yassin, Hind decided to locate the 55 children in her family’s mansion in Jerusalem, which her grandfather built in 1891. She turned the house into an orphanage for the young survivors and named it Dar Al-Tifl Al-Arabi (Arab Children’s House).

Hind created a foundation to raise money to help the Palestinian orphans and expand the school to cater for the whole Palestinian community. Other orphans joined the school following the occupation of most cities of Palestine in 1967. Dar Al-Tifl became a girls’ school, only with the exception of nursery and boarding school, until the age of six.

Hind Al-Husseini passed away in 1994 but her legacy still thrives after all those years. Nowadays Dar Al-Tifl Al-Arabi is one of the best Palestinian institutions in Jerusalem that contributes to building a Palestinian cultural identity and solid community.

Written for Sheroes of History by Nof Nasser Eddin, Director of The centre for Transnational Development and Collaboration

In 2010 the film Miral was released, which tells Hind Al-Husseini’s story, there is also a book of the film available here.

Is there a Shero of History you want to tell the world about? Why not write a piece for us? If you want to submit a piece, or just find out more, get in touch here or email sheroesofhistory@gmail.com.