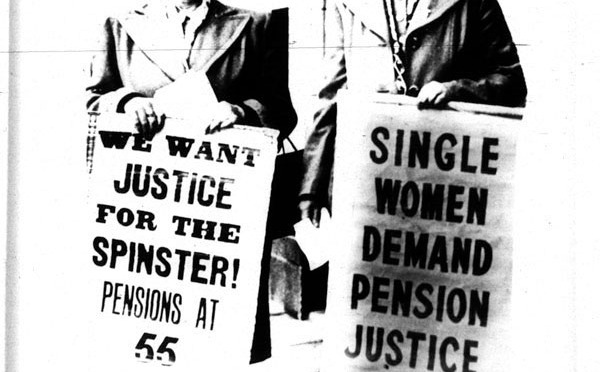 Born in Bradford in 1886, the daughter of an illiterate millworker and a colourful but absentee father, Florence White knew, at first hand, the hardships working women faced. A clever child, her limited time at school provided a solid education but no immediate escape from her hardships. At the age of 12 she too was working a 12 hour day in Tankard’s Mill. By the age of 18 Florence suffered a nervous breakdown and had left the Mills behind her. She moved away from the back-to-backs to better housing with the support of her extended family and was able to start a small dressmaking business with her sister.

In 1916 Florence became engaged, but her fiancée died in France a year later from pneumonia. Millions of other women experienced the same fate. Florence, deprived of a married life, threw herself into local politics and joined the Liberal Party. Her new interest opened up a different world where her talents flourished.  She became a forceful political activist and a champion of women’s causes.  Other Yorkshire women had also become active, such as trade unionist Anne Loughlin in Leeds, fighting for the rights of women workers but Florence chose a different method to reach her goal.

Keenly aware of the plight of the working single woman in society Florence founded The National Spinsters’ Pensions Association in 1935. It was a campaign that was supported across the social spectrum and by married as well as single woman. Florence wanted pensions to start at 55 and began a national movement that met with great success. Branches were formed across the country. Huge rallies, marches, petitions to Parliament as well as presenting the case to parliamentary committees all increased the pressure for change.

Florence had a keen eye for using the media to spread her message. Publicity gimmicks, such as every spinster sending a Christmas card to the Minister of Health and presenting Neville Chamberlain with an umbrella to protect spinsters for a “rainy day”, created a momentum in the popular press that could not be ignored. This is was a foretaste of techniques still used by pressure groups in modern political campaigning. In January 1940 there was a partial victory. The age at which single women could retire was lowered from 65 to 60.

When the Association was disbanded in 1958 Florence White had spent over 20 years of her life fighting for the fair treatment of single women in a world that seemed fixated on marriage and a domestic role for women.  Florence died in 1961. Although she did not obtain all that she had hoped for, she had led to changes that made a real contribution to the lives of millions of women.

Written for Sheroes of History by Jennie Kiff

The History to Herstory project have some great resources about Yorkshire Women, including this source sheet & worksheet about Florence White.

If you’re in the area why not do Herstoria’s Women’s History Walk around Bradford, which features Florence White and several other local sheroes!

You can search the West Yorkshire Archives to find items relating to Florence White, like this National Spinsters’ Pension Association leaflet.

You can see a brief history of the pensions movement, including Florence’s National Spinsters’ Pension Association here.

3 thoughts on “Florence White – Activist for the Single Woman”