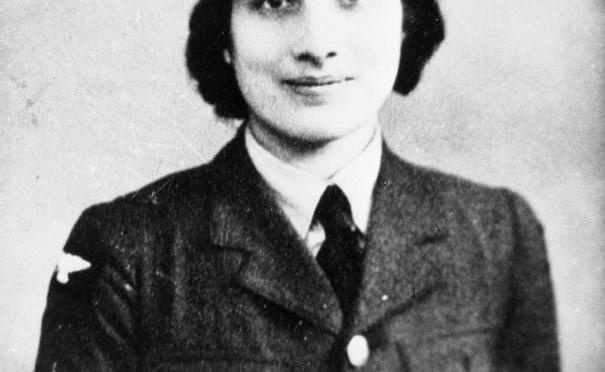 Noor was born under the shadows of the Kremlin in Moscow, Russia. Her father was a Sufi saint and her mother an American. Her father had followers all over the world and he was in Moscow to preach his teachings in the royal court. When the First World War broke out her family moved to Great Britain. They then moved to Paris, France permanently. They were gifted a house by one of her father’s followers in Suresnes in the outskirts of Paris. They named it as “Fazil mahal” meaning “Home of Love”.

Noor belonged to the royal lineage of “Tipu Sultan” also referred to as the “Tiger of Mysore”. Tipu Sultan faced the British bravely until his fall. Noor had the bravery  of her ancestor in her which she displayed when the time came.

Noor continued her formal education in Paris. She also assisted her mother and father in bringing up her brothers and sisters. She helped in day-to-day household chores and organising  prayer meetings. Her father’s Sufi movement became popular across Europe and drew more and more disciples to him . Her father died leaving the entire responsibility of the family to Noor.

With the clouds of World War II looming over Europe Noor was interested in India’s independence and on various occasions she supported India’s struggle for freedom. This is the same period during which Madame Cama was gathering support in Paris under India House banner and was publishing the Bande Mataram newspaper. World War II arrived at the gates of France with Wermacht marching towards Paris in a shift. Noor and her family left their Paris residence and rushed towards Vichy France, also known as Unoccupied France. Noor and her family escaped from France to the United Kingdom over the channel. She pledged that she would come back to France and help in overthrowing the invaders.

In the UK the situation was grim; the German army was moving around Europe without much resistance and the UK was the only country left out from the German invasion. The German Luftwaffe was bombarding London and other major cities in the UK, lowering the morale of British citizens. Winston Churchill, who was part of the war council during the First World War was now the Prime Minister and ordered the formation of a Special Operations Executive, commonly referred as the SOE(also “Baker Street Irregulars”).

Churchill encouraged guerrilla warfare in German occupied zones in Europe. They had two objectives: one was to cause destruction and another was to aid the resistance in France to prepare for the D day landing. The SOE aimed to cause maximum destruction to the German  forces with minimal resources. Some examples of SOE operations are the St Nazaire raid and the sinking of the Tirpitz. The SOE had a problem in finding perfect people for their operations and they initially lost a large number of their agents on the field. Churchill then gave a go ahead to recruit female agents for the SOE.

Noor initially joined the Signals division of the Auxiliary unit of the Royal Air Force, where she was assigned the job of radio operator. World War II saw the rise of women in various fields both in the UK and the USA. It was a period fwhen women rose to the occasion and contributed to the war effort. The SOE had a great demand for radio operators in France. The average lifetime of a radio operator in France was 6 weeks, after which they are either captured or disappeared into thin air. Noor was excellent in her role as radio operator for the RAF and caught the attention of the SOE. She was enlisted into the SOE and in her interview she expressed her view for India’s  independence which impressed the SOE with her frankness. She was told not to inform anyone about her assignment. Noor started her training in handling weapons close in combat. Her trainers didn’t give her good feedback, saying that she was confused, emotionally attached and most importantly ‘refused to lie’.

Mr Buckmaster, head of the SOE’s F (French) section, insisted on sending Noor to Occupied France as there was an acute shortage of radio operators there. She was immediately put on the next flight to France and dropped off in the outskirts of Paris. Her mission to Occupied France was so secret she didn’t even inform her family about it.  She first met with Henri Dericourt who introduced her to the Prosper network. The Prosper Network was the largest spy network in occupied France. Within a few weeks of Noor’s arrival the Prosper Network was cracked down and all its top leaders were arrested. Noor escaped and joined the Cinema network. Many important members of various spy networks were behind bars and tortured. The most important loss for the SOE was that many radio operators were also arrested and Noor became the only radio operator in whole of Occupied France.

Noor was reluctant to go back to London and served as the only lifeline between Occupied France and Britain. She even transmitted near her old house and was disheartened to see it being occupied by German forces. Soon the Germans were able to detect her signature in transmission. In WWII sending messages on radio through Morse Code was termed as Playing The Piano. Each Radio operator had a rhythm and pace and could be uniquely identified. Noor’s signature made it clear that there was only one radio operator in Paris. They started to close in on her. The Gestapo even had her physical description and started hunting her in Paris. She made her transmissions short, never more than 20 minutes, and once was almost caught by a German police officer.

She cut her hair short and dyed it, but she was running out of luck. The Gestapo caught her and her allegiance and took them to the famous Gestapo office in Avenue Foch. She was tortured to reveal the other agents in France. They showed Noor copies of the letters she wrote to her mother back in England. Noor didn’t co-operate with the Gestapo and even tried to escape twice, but was eventually caught both times.

The Germans tried to transmit to Britain using Noor’s radio. Radio operators sent on mission to enemy territories were instructed with a unique fail proof message, in Noor’s case it was not to use 13 characters continuously without a break. For some it was not to use the words ‘barking dog’ or use 3 ‘but’s’ in the same message. If Britain received a fail proof  message from its operator it would know that the operator had been compromised. In Noor’s case fate took a turn. Baker street replied back saying she had forgotten to put the fail proof message in her transmission and should avoid it in future. With the fail proof message in German hands they were able transmitting false information to the SOE under Noor’s name. The British believed these inputs for a very long time.

Noor didn’t reveal the names of any of her associates even after severe torture. She was ordered to be taken to Germany for future interrogation. She was the first British spy to be taken to Germany.  On 27 November 1943 Noor was taken to Pforheim for safe custody . She was kept in chains for 10 months in this camp and was not allowed to speak to fellow prisoners. She was able to communicate with her friends in jail through scratching behind the mess plate. Only through them we have the information she was held captive in Pforheim

She was tortured during her imprisonment in Pforheim but never uttered a word to betray her country. She was moved to Karlsruhe and then to Dachau where sadly she met her end. On 13 September 1944 she was shot in the early morning. Her last word was “Liberté”.

After the war Noor was decorated with awards all around the world. She was the only woman to receive both the George Cross and the Criox de Guerre. Every year during the liberation day a band plays music in front of Noor’s home in Paris.  In Dachau there is a placard in the crematorium remembering Noor. There is also a memorial in London.

Written for Sheroes of History by Karthick Nambi.

This Sheroes of History post is about Noor and other female members of the SOE.

There is a documentary you can watch online about Noor’s life: