Phillis Wheatley was a poet and the first African American woman to have her work published.

Phillis Wheatley, as her name became, was born in West Africa (probably Senegal). Her African birth name is unknown to us now, because when she was only 7 years old she was kidnapped and shipped to America to be sold as a slave. The ship she sailed on was called The Phillis, from which she got her new name. The family she was sold to were the Wheatleys.

END_OF_DOCUMENT_TOKEN_TO_BE_REPLACED 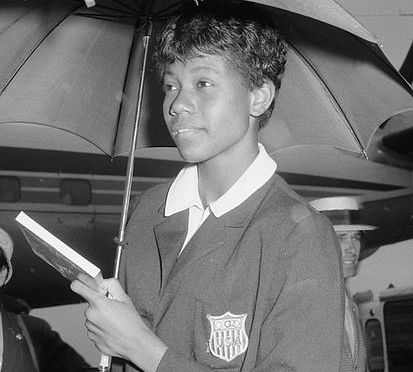 Wilma Rudolph was known as ‘the fastest woman on earth’, after she became the first American woman to win three Olympic gold medals; but there was once a time in her life when doctors told her she would never walk again – let alone become a world famous runner.

Wilma Glodean Rudolph was born prematurely on 23rd June 1940 in Clarksville, Tennessee, weighing only 4.5 pounds! Born into a very large family, she was the 20th of 22 children!

Very early on in life Wilma became seriously ill, she suffered from many illnesses including pneumonia and scarlet fever. When she was only 4 years old she developed polio. This disease meant that Wilma lost the use of her left leg and foot; it was at this point that doctors told her she would never be able to walk. Wilma’s mother however, disagreed!