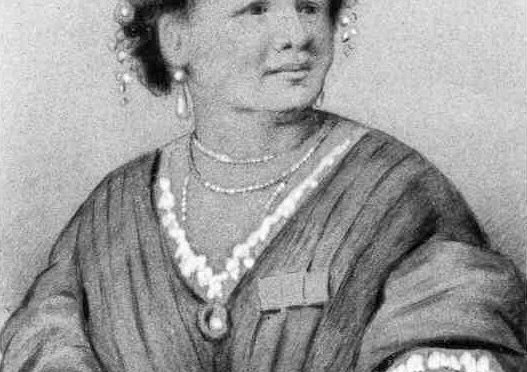 Mary Seacole, born in Kingston Jamaica in 1805, was the daughter of a free Jamaican woman and a Scottish solider. Mary’s mother was a ‘Doctoress’ who practiced herbal healing, and Mary inherited an interest in traditional medicine and nursing skills from her, whilst also learning more modern methods from Army Doctors who stayed with her family.

In her earlier years, Mary ran a hotel (which operated like a hospital) for primarily injured or disabled European ex-soldiers, alongside her mother. Here she furthered her nursing and business skills. She married in 1836, but her husband died just 8 years later.

END_OF_DOCUMENT_TOKEN_TO_BE_REPLACED

Mary Mcleod Bethune was an amazing woman; an African-American teacher, who started her own school for girls from scratch and went on to be an advisor to presidents, campaigner for civil, and human, rights and champion of girls and young people.

Mary was born in 1875 in Mayesville, South Carolina, she was the fifteenth of seventeen children, and her parents were former slaves. From a very young age Mary worked in the fields with the rest of her family. Mary was the only child in the whole family who was lucky enough to go to school; she had to walk eight miles there and back, to a school which only had one room, and was only for black children. Because no-one else in her family could attend, she would come home from school each day and pass on what she had learned to her brothers and sisters.

END_OF_DOCUMENT_TOKEN_TO_BE_REPLACED

Georgia Douglas Johnson contributed more than 200 poems, 40 plays, and 30 songs to the literary world during the Harlem Renaissance as a poet, playwright and journalist.

Her world began on September 10, 1880 when she was born as Georgia Blanche Camp to George Camp and Laura Douglass in Atlanta, Georgia.  She continued her parents’ lineage with her combined African American, Native American, and English heritages.

She graduated from Atlanta University Normal College and taught public school education in Atlanta, later becoming an assistant school principal.  She also studied music at the Oberlin Conservatory of Music and the Cleveland College of Music.

END_OF_DOCUMENT_TOKEN_TO_BE_REPLACED

Wilma Rudolph was known as ‘the fastest woman on earth’, after she became the first American woman to win three Olympic gold medals; but there was once a time in her life when doctors told her she would never walk again – let alone become a world famous runner.

Wilma Glodean Rudolph was born prematurely on 23rd June 1940 in Clarksville, Tennessee, weighing only 4.5 pounds! Born into a very large family, she was the 20th of 22 children!

Very early on in life Wilma became seriously ill, she suffered from many illnesses including pneumonia and scarlet fever. When she was only 4 years old she developed polio. This disease meant that Wilma lost the use of her left leg and foot; it was at this point that doctors told her she would never be able to walk. Wilma’s mother however, disagreed!