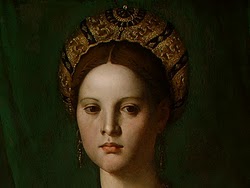 Gracia Mendes Nasi was one of the most influential and wealthy Jewish women of Europe in the 1500s. Her family was originally from Spain but was expelled from the country as all Jewish people were at the time. They fled to Portugal but were forced to convert to Catholicism during the Inquisition.

She married a wealthy trader, Francisco Mendes Benveniste, whom she was connected to through her mother’s side of the family. While they had a public and lavish Catholic wedding, they also had a private Jewish ceremony and rituals. Francisco died soon after, leaving Gracia a young widow with an infant daughter. He also left Gracia in charge of half of his business, leaving the other half to his brother Diogo. This was a very unique situation, as most women did not hold positions of any power.