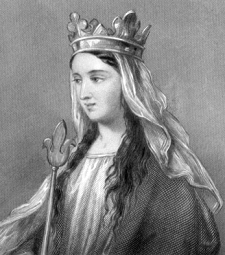 October 2016 saw the 950th anniversary of the Battle of Hastings, the event in history during which England gained a new King and a new Royal family. English Heritage led the way with a series of Twitter accounts set up to reveal the thoughts and actions of a collection of people affected by the invasion. One of those accounts was for Matilda of Flanders, the wife of William the Conqueror. I was incredibly relieved that English Heritage included her from the start, not just because history should show the perspectives of women as well as men, but because without Matilda, William’s reign as King of England probably wouldn’t have lasted very long. END_OF_DOCUMENT_TOKEN_TO_BE_REPLACED