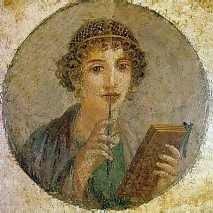 Sappho was the original female singer-songwriter, an Ancient Greek Carol King or Joni Mitchell, whose songs were so memorable that people were still writing about them and passing them on centuries later.

Today her name is synonymous with lesbianism – indeed the very word ‘Lesbian’ comes from the name of the island where Sappho lived, Lesbos – due to the many lines of her poetry where she expresses strong, and sometimes sexual, feelings for other women. But there was more to Sappho than just her interest in women. END_OF_DOCUMENT_TOKEN_TO_BE_REPLACED 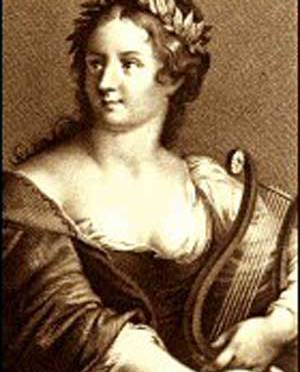 She became an excellent lute-player and singer, as well as an exceptional lyric poet. When she began to host her own cultural salons, she often performed her own work. Modern Western poetry was born from the Medieval culture of performance; poets would sing their own compositions, since most people were illiterate. However, in the later middle ages, there was a shift towards writing and reading rather than singing and listening. Gaspara was one of the last poets who was equally skilled at writing and performing, and she quickly became a much-admired figure in the cultural circles of her native Venice. END_OF_DOCUMENT_TOKEN_TO_BE_REPLACED