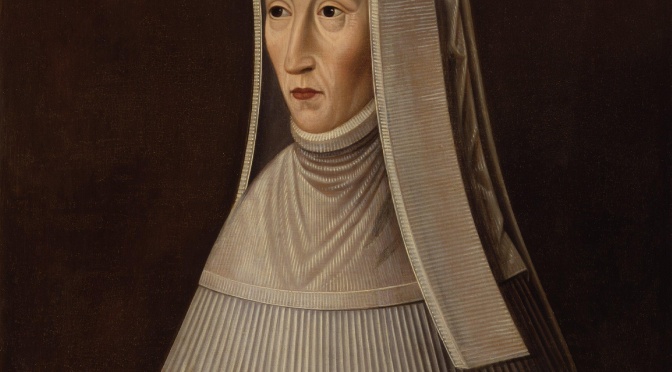 Margaret was born on 31st May 1443 during a period of instability known as the War of the Roses.  Her father was the great-grandson of Edward III and she was a wealthy heiress. She was well educated and highly religious.

To help secure his fragile reign Henry VI proposed the marriage of Margaret to his half-brother Edmund Tudor. While girls could legally marry at the age of twelve, it was usual for them to remain with their parents until they were old enough to safely have children. However, Margaret became pregnant at the age of thirteen and six months later Edmund died of Plague. Margaret fled to her brother-in-law Jasper Tudor. At Pembroke Castle she gave birth to Henry Tudor but both nearly died in labour and Margaret was unable to have more children. END_OF_DOCUMENT_TOKEN_TO_BE_REPLACED