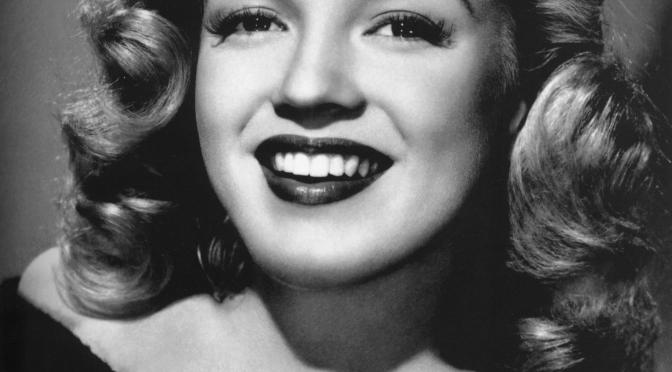 Marilyn Monroe conjures up different images for different people. Little known is the ingenuity behind the glamorous star, who owned a library of over 400 books, an IQ higher than Einstein and a knack for determining revolutions.

Championing civil rights, Marilyn used her fame to support the beginning of the end of discrimination. 1950s America saw extreme segregation, and black musicians were often faced with the brunt of it. Ella Fitzgerald, one such lady, found difficulty finding gigs in the late ‘50s. Marilyn called the Mocambo Club, being a fan of Ella’s herself, and told them if they hired Fitzgerald she would watch front row every time. Ella has stated since that Monroe was ‘ahead of her time’.

In her youth, Marilyn was sexually assaulted. While being passed tiresomely around the 14 foster homes she had to endure, she was forced into a pious, Christian family; perfectly common in 1930s California. A church-working boarder named Mr Kimmel molested her when she was just the innocent eight-year-old Norma Jeane. When she told her chauvinistic guardians, she was caned for lying about a “good Christian man”.  However, on skyrocketing to superstar heights she became the first high-profile woman to speak publicly about sexual abuse and was revolutionary, as victims felt they could come forward in an oppressed period where popular opinion was that abuse rarely actually happened.

Marilyn Monroe’s impact on women is radical. It’s little known that she was the first woman in Hollywood to walk out on her contract and take on that little company called 20th Century Fox, who wanted to cast her in the same ‘dumb blonde’ roles and pay her less than any other actor.

She created her own production company – only the third woman to do so – and became the first woman with a presidential status within that company. Because Marilyn did this thing, so unheard of for a woman in the oppressive 1950s, it allowed her to explore different characters and express herself as an artist – not just a corporate puppet – in roles such as Cherie in Bus Stop, and partake in training with influential acting coach Michael Chekhov, and at The Actors Studio with Lee Strasberg. This led to the downfall of the ‘studio system’ to what we have now – where actors can choose the roles they play.

Popular belief among the unaware is that she slept her way to fame. This is false. Her autobiography, ‘My Story’, tells us that Marilyn was one of the few women who refused to bed bosses in exchange for parts.

Unfortunately, Marilyn’s modelling is what stirs the belief she was a ‘bimbo’ in a prudish 1950s world. However, Marilyn’s career was an early taster of third-wave feminism, most notable in the 1990s. It emphasizes that artistic female nudity is in fact liberating, and is a symbol of women owning their sexuality – not men. This makes Marilyn a ‘proto-feminist’, as she determined the feminist revolution that happened in the 1960s – before the word ‘feminist’ even existed!

If you want to find out more, this is a great place to start!

My name is Eloise Heal. I’m a sixth form student and so far four-year Marilyn Monroe historian from the Isle of Wight, England, where I live with my family and King Charles spaniel. I’ve celebrated feminism, animal & victim’s rights and equality since I realised I could speak out, and enjoy every minute of it.