This piece first appeared on the University of Birmingham’s Research and Cultural Collections Blog and is re-posted with their kind permission.

Dame Hilda Lloyd was a pioneer in many senses. After becoming the first female professor at the University of Birmingham in 1944, she rose to become the first President of any Royal Medical College: the Royal College of Obstetricians and Gynaecologists in 1949. One of her many accomplishments was introducing the use of obstetrical ‘flying squads’ in Birmingham, which saved the lives of countless mothers and babies. END_OF_DOCUMENT_TOKEN_TO_BE_REPLACED

I was first introduced to the name Mata Hari in Pond Life, a mini-series that focussed on Amy and Rory Pond from Doctor Who. In the first episode the Doctor (Matt Smith) leaves a message on their answering machine and briefly comments on meeting Mata Hari – ‘What an interesting woman’. It’s taken me four years to research her. First thing I learned? That’s not her name. This should have been obvious, she was an exotic dancer and performer. Margaretha Zelle moved to Paris in 1903 and after two years ‘Mata Hari’ became the one to watch. She was sexy, even by today’s standards. According to reports Hari would often remove all her clothes, and if not would only wear a jewelled bra. There’s even photographic evidence of this, which is where my research took a sadder turn. END_OF_DOCUMENT_TOKEN_TO_BE_REPLACED 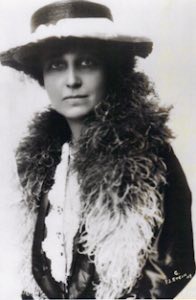 Katharine Dexter was the first woman to get a science degree from the Massachusetts Institute of Technology, graduating in biology in 1904. The curriculum was research heavy and besides the demanding work, she had to petition the college twice—once for permission to work in chemistry laboratories without a hat and again to be allowed to wear a shorter skirt. The reason for the later—she didn’t want her dress to drag across the unclean floors.  Her plan was to go into medicine. END_OF_DOCUMENT_TOKEN_TO_BE_REPLACED 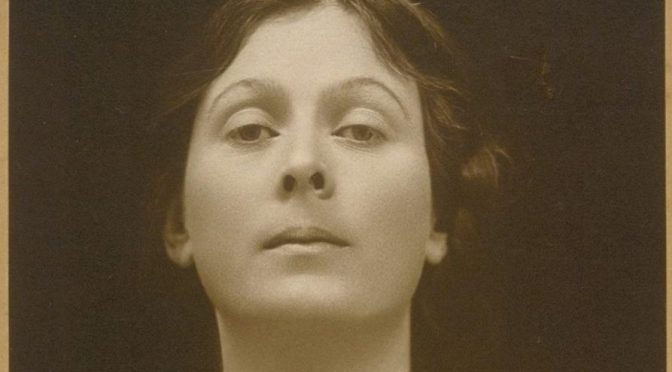 During a time when those in power were clinging to rigidity in all aspects of public and private domains, Isadora Duncan scoffed at tradition and made the world take notice. She used her passion for freedom to unshackle the female body and develop an entire new form of celebrating life ­– dance. END_OF_DOCUMENT_TOKEN_TO_BE_REPLACED

This piece first appeared on the Inspired by My Mom website. Many thanks to them for allowing us to share it here.

It should not be surprising to learn that these inventions were made by women because they were the ones who recognized what could make a day of housework easier and more efficient.  They knew the cost of making a household run effectively and were always trying to make ends meet. The reasons behind the inventions may not always have been the most admirable, as in the case of Josephine Cochrane, but all of them made herstory. END_OF_DOCUMENT_TOKEN_TO_BE_REPLACED

Qiu Jin is sometimes called the Chinese Joan of Arc; she was a feminist revolutionary who became a national heroine in China after she was martyred.

Qiu was born in 1875 in Xiamen, Fujian into a time where women in China were believed to be lesser than men, and were treated as such. When she was five, as was the norm for girls at the time, her family began binding her feet. She came from a wealthy family and as such was lucky to have access to a good education. She loved reading and began writing her own poetry from a young age. She also enjoyed more physical activities, which were less conventional for girls at the time, such as horse riding and sword fighting! Despite this, the expectations put upon her were the same as for any young woman of the time: that she marry and become an obedient wife and mother.  END_OF_DOCUMENT_TOKEN_TO_BE_REPLACED 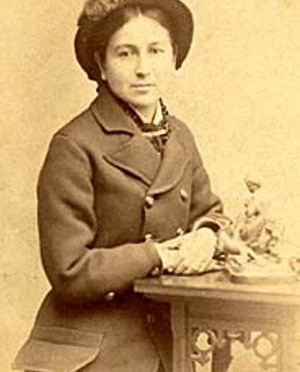 Born in Nebraska in 1854, Susette, also called Inshata Theumba (Bright Eyes), had French and Native American ancestry. That year the United States government promised the Omaha tribe would keep 300,000 acres of their traditional lands for their reservation. Susette’s father believed the Omaha must accept reservation life to survive. Young Susette learned to read and write English at the reservation missionary school.

But corrupt government agents pocketed tribal funds while doling out shoddy goods and poor food. The Omaha faced hunger and suffering. And they knew, like other tribes, that treaties did not protect them from the threat of removal to Indian Territory, an arid, harsh land in present-day Oklahoma. END_OF_DOCUMENT_TOKEN_TO_BE_REPLACED

Maria Theresa is perhaps best known as Marie Antoinette‘s formidable mother, but Maria Theresa always kept her focus on her kingdom and was the only female ruler of the Habsburg dominions and the last ruler of the House of Habsburg.

As ruler, Empress Maria Theresa was a strategic, energetic woman who many people said was tactful like a woman but thoughtful like a man. Under her rule, two great wars were fought—War of the Austrian Succession and the Seven Years’ War—both of which proved to be highly beneficial to Austria in strengthening its laws and introducing needed reforms. In addition, the Empress made Austria a modern state characterized by commercial enterprises and extraordinary intellectual activity.
END_OF_DOCUMENT_TOKEN_TO_BE_REPLACED

Althea Gibson overcame racial barriers to become one of the world’s greatest tennis players ever!

Althea Gibson was born in August 1927 in South Carolina where her parents worked on a cotton farm. When the Great Depression struck, Althea’s family, like many others across the country, were hit hard. In 1930 they packed up and moved north to Harlem. Once there her family weren’t wealthy and relied on benefits to get by.

END_OF_DOCUMENT_TOKEN_TO_BE_REPLACED

I made this collage of *nearly* all the Sheroes we’ve featured on the blog in the past year! Happy Women’s History Month everyone! (Please feel free to share!) x 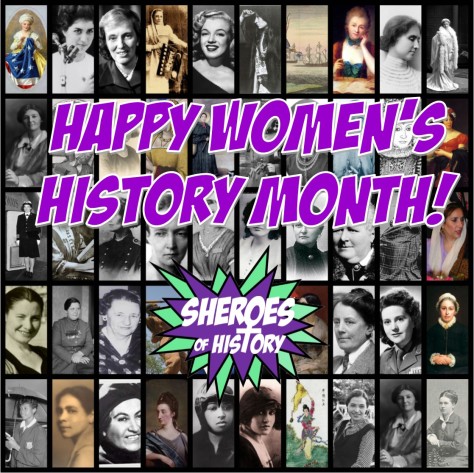