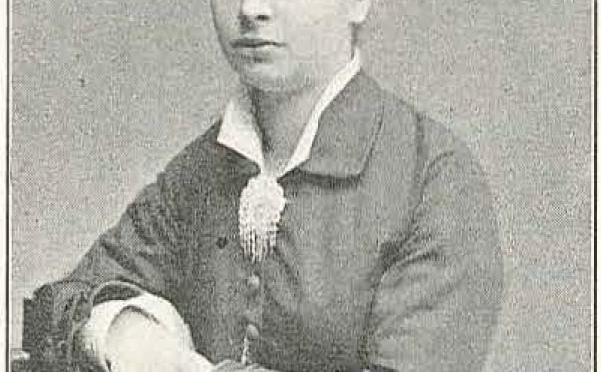 Karolina Widerström, born in 1856, enjoyed a long and productive career not only as a physician but also as a politician and a champion of women’s rights. Her father, a physiotherapist, encouraged his daughter to follow in his footsteps, which she did. However, Widerström soon realised that she wanted to go into medicine.

Women were given the right to obtain an academic degree in Sweden in 1873, and Widerström began her medical studies in Uppsala in 1879. She received a licentiate degree in medicine from the Karolinska Institute in 1888.

Because the right to study and obtain a degree did not, for women, include the right to possess a government post, the first generation of female physicians usually started private practices; Widerström opened her first practice in 1889.

Karolina wrote in a letter to Dr Kate Campbell Hurd-Mead, another feminist physician, that “[w]hen I started, people had been waiting and longing for a female physician, some for many years. So of course there was a bit of a stampede to reach the one who happened to be the first”. Widerström’s surgery was legendarily busy, with long queues of patients.

The ideal for women during the 19th century was to be completely ignorant of sexual matters. Venereal disease was very common, but male physicians tended to keep female patients ignorant of venereal contagion and its source – usually the husband. Not only was Widerström determined to provide education on sexual matters, she was also able to discuss intimate matters that patients were reluctant to speak to a male physician about. For Widerström, education was important – too many women, she argued, lived in ignorance as a result of the demand for chastity.

Widerström wrote a book on sexual health, Kvinnohygien (“Female Hygiene”), which was published in seven editions between 1899 and 1932. Kvinnohygien explained, in simple language, the workings of the female reproductive system, and discussed women’s health in general.

A second part, Kvinnohygien II, was published in 1905, and discussed the symptoms and treatment of venereal diseases, but also raised the issue of prostitution and the regulation of prostitutes. Regulation was common in many European countries in the 19th century, and entailed registering and inspecting prostitutes. Karolina Widerström, unlike most of her male colleagues, recognised the fact that socioeconomic factors pushed women into prostitution. Arguing that there is no supply without demand, she pointed out that prostitution is not a problem created by women, and that subjecting one sex to regulation while the other is free to keep spreading the disease is not only morally and legally questionable but completely inefficient.

Widerström called for equal pay for equal work, and social reforms to support families – decades before these ideas gained wider political recognition. Widerström was instrumental in the process which led to the abolition of regulation, and the introduction of sex education in all Swedish schools. Ever a proponent of education, Widerström argued that “ignorance is not innocence”.

Ellen Key, the Swedish feminist and writer, wrote to her friend Karolina Widerström in 1919: “Thank you for everything since the winter of 1876 – now 43 years ago! You and I could have had grandchildren by now if we had used our time [for that]: Now we have work only. But that is our progeny!”

Written for Sheroes of History by Ingrid Lyberg.

Here is a timeline of events in Swedish women’s history; can you find Karolina’s name?

There are some more photos of Karolina on this website.

Is there a Shero of History you want to tell the world about? Why not write a piece for us? If you want to submit a piece, or just find out more, get in touch here or email sheroesofhistory@gmail.com.