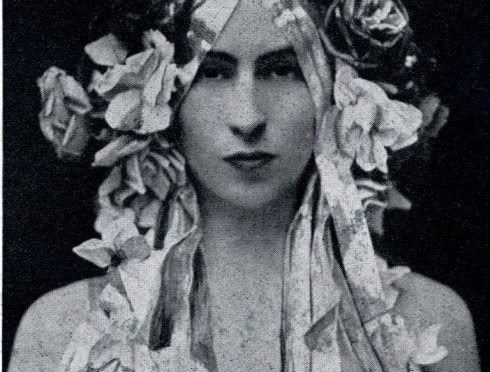 Born in London in 1891, Morris spent her early years in France with her Welsh/Irish parents.  By the age of four, she was bi-lingual and already reciting and performing at parties and informal concerts. She had no formal education, but at the age of nine she joined a theatre company where she performed and sang for seven years, often in London’s West End. During this time she began ballet lessons. However she quickly realised that classical ballet was too rigid for her and she began working on her own series of movements (notations that she later called ‘Danscript’ and which she saw as a universal system of human movement based on breathing, posture, spring and balance). She began choreographing at the age of 12 and by the age of 19 she was choreographing dances for West End operas and plays, often designing the costumes and scenery as well.

At the age of 22, Margaret Morris had set up her own company (called Margaret Morris and her Dancing Children), established her first theatre school in London’s West End, set up a small children’s theatre on London’s King’s Road, and opened a private members’ club where London’s literati and avant-garde could meet and exchange ideas (members included the writer Katherine Mansfield, the poet Ezra Pound and the architect Charles Rennie Mackintosh). Throughout this time she continued to dance and act on stage. She went on to establish a Summer School (still in existence), and in 1922 she opened England’s first performing arts school, combining academic teaching with training in performing arts and painting.  Her 1925 syllabus included dance, music, dress-making, painting and sculpture, literature, swimming and ballroom dancing, amongst other subjects.

In 1931, Margaret Morris and her MMM was selected to represent Britain at the 1931 Dance Festival in Italy (winning third prize).  By this time, Morris was deeply immersed in new ideas about the remedial role of dance and movement.  She was one of the first women to train as a professional physiotherapist, passing her exams at St Thomas’ Hospital (London) with Distinction.  Morris believed dance and movement could help disabled people, pregnant women, children, convalescents and sports people.  She lectured at hospitals and tried (with limited success) to have her methods used widely in schools. Her method was adopted by the British Army, but the Army was reluctant to acknowledge her by name because of her gender. Her methods were also used by TB clinics and midwives. During this time, she began writing about her method and, at her death, she’d written nine books (some co-authored with sporting celebrities of the day) on the subject of dance and movement. She also wrote a biography of her husband, the Scottish Modernist painter, J. D, Fergusson. 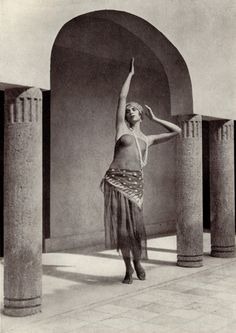 By this point, Morris had established seven performing arts schools in England, Scotland and France.  Her trained teachers had gone on to set up MMM schools as far afield as America, Australia, Switzerland and South Africa. Her Movement was thriving.  Sadly, World War Two meant the closure of most of these schools.

As an accomplished artist and designer (and the daughter and wife of painters), Morris was acutely aware of the profound interrelationship between movement and the visual arts. “I first realised the absolute necessity of relating movement with form and colour when studying painting of the modern movement in Paris in 1913.  From that time I incorporated it as one of the main studies in my school,” she wrote.  “Most people have never learned to use their eyes, and more general study of seeing and moving would lead to a far greater tranquillity and harmony of rhythm than we see around us at present,” (1925).  After her death, exhibitions of her drawings and designs were held in Scotland and France.

After the war, Morris turned her energies to creating the Celtic Ballet Company, one of the first British companies to perform in France after the war.  Celtic Ballet combined MMM with Scottish country dance and Highland dancing and toured or performed in several countries including America, Russia and Austria.  Later Morris set up the Scottish National Ballet.  After the death of her husband, Morris lived out her years in Glasgow.  However, she continued working, writing and dancing until she died.  At the age of 78, she published her autobiography, My Life in Movement, where she wrote “I intend to go on working as long as I can.” At the age of 81, she was asked to train the dancers for the hit musical, Hair, in Glasgow.  She died in 1980, aged 89.

I came across Margaret Morris as I researched the life of James Joyce’s daughter, Lucia, for my biopic novel, The Joyce Girl.  Lucia had studied dance with Morris, eventually training as an MMM teacher. I found (with much difficulty) an MMM teacher in London and attended a few classes. I also began reading about Morris (who still has no biography), and found that while her husband’s  reputation as a painter has expanded, Morris’s reputation as a pioneer of movement has diminished hugely over the last decades. And yet, as we live increasingly sedentary lives, it seems to me that Margaret Morris, with her emphasis on creativity and movement, is due a rediscovery. In 2015, fashion designer, Holly Fulton, cited Margaret Morris as a major influence on her collection. Perhaps the tide is beginning to turn…

Written for Sheroes of History by Annabel Abbs. Annabel is a journalist and author, based in London. Her novel, The Joyce Girl, is a fictionalised account of a dancer in 1920s Paris who trained with Margaret Morris. Read more at www.annabelabbs.com.

Watch Margaret Morris demonstrating posture and breathing in this video: